Back to Blog
By Kay, June 2010
Site Launches 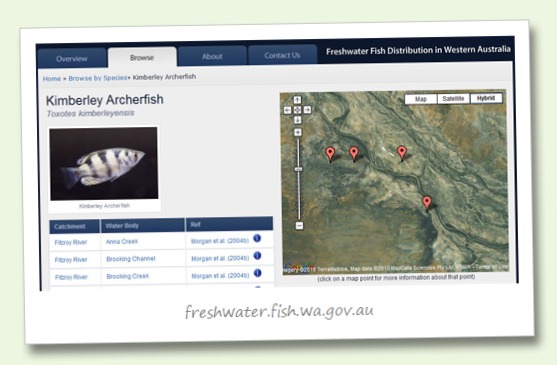 Given that we sometimes refer to ourselves as the ‘Department of Starfisheries’ when we’re in a particularly silly mood, it will not surprise anyone to find that at Clever Starfish, we love doing work for the Fisheries Department of the WA government. This project, started way back in early 2009, was an especially interesting one.

First, we sat down with various freshwater fish research stakeholders to work out how we could present the data that they hold on native and introduced freshwater fish species in WA. From a very vague idea of wanting to make this data public, an outline of the system was developed and a system requirements and specifications document created. This document was used by the Department’s .NET contactors to build the functionality of the system, while Clever Starfish designed and built the web site interface.

The end result is a clever system that looks very smart and, we hope, is useful to researchers, commercial fishermen and students alike.